Today was most definitely an improvement on yesterdays weather, I have never been so soaked in all my life…..well ok it may have just felt like that! Even the pooches had had enough after about twenty minutes of crazy running around!

Today the snow was gentle and even though there was an epic amount of mud I managed to stay upright! The doggies had a blast today, we met loads of our friends up on Craiglockhart Hill and they played with the blue squeaker ball for well over our usual hour. What can I say, that’s the power of the blue ball! It’s the only toy that has survived for two years in our toy box and remains a firm favourite of Gus’s especially 🙂 He was very kind to loan it to the others today!

Marvin is king of the hill! 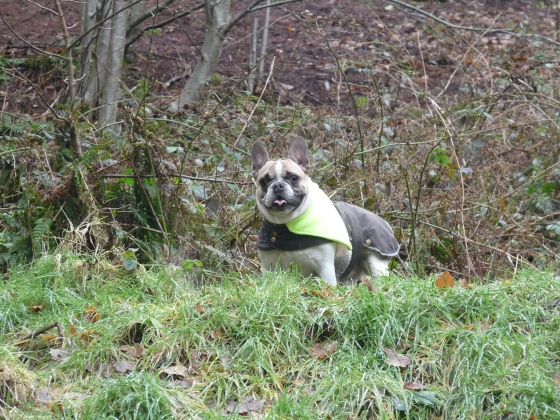 Smudge saying, ‘Get the ball out, I know its in your bag!’ 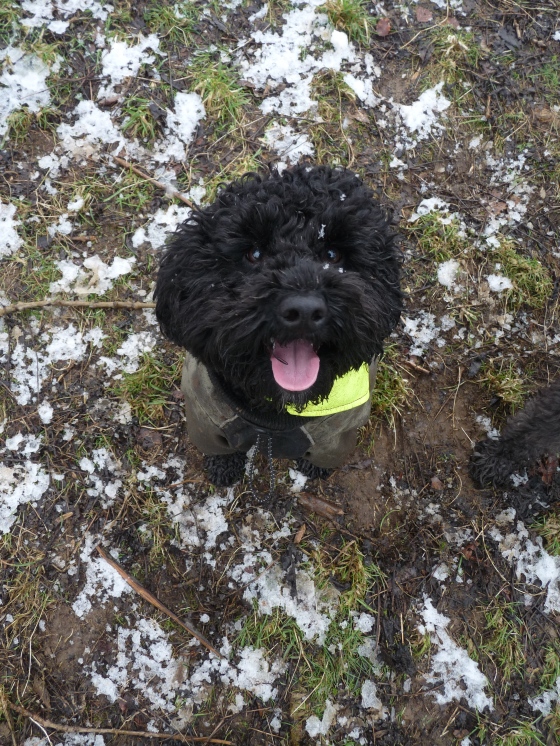 Cocoa trying to keep it out of the others reach! 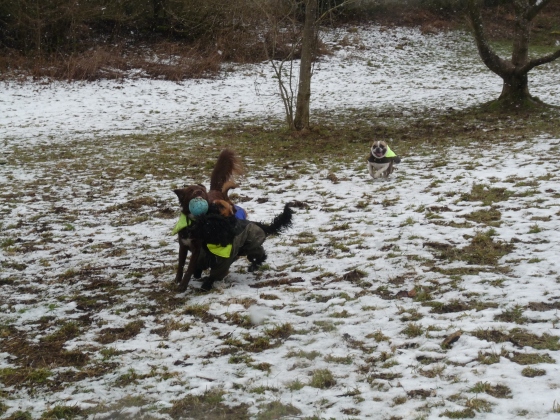 Now Rambo is on the run with it 😀 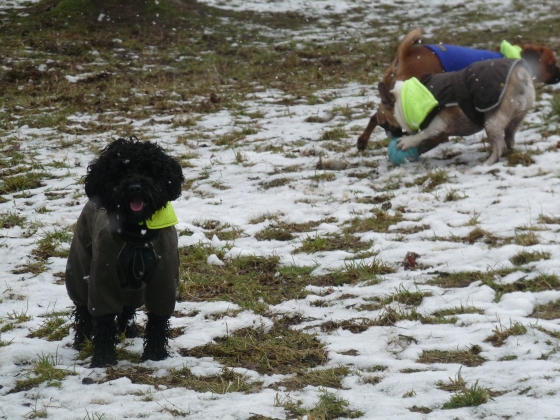 Back in the warmth Maud and I played with the kong today, as usual she quickly figured out what the point of the exercise was! Hit and nudge the kong and food comes out! Oh yes, sorted! 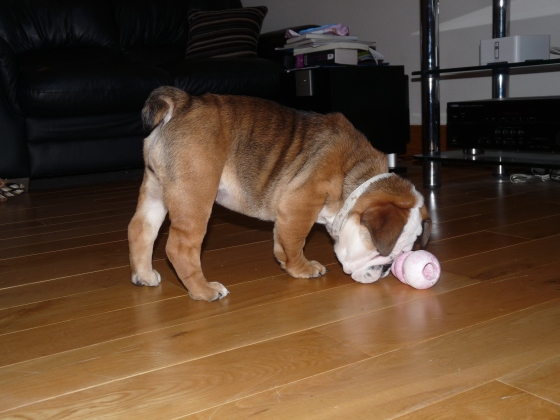